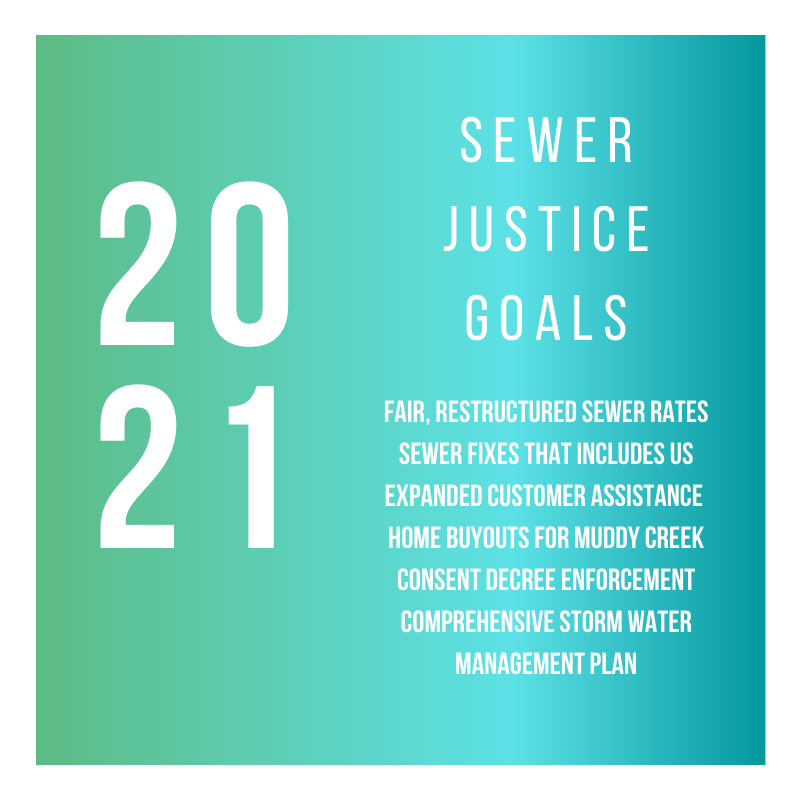 Our Sewer Justice Team won a 6th consecutive year of sewer rate freezes, a change to the rules to allow sewer backup victims more time to report backups, and launched the Fair Sewer Rates Coalition. Join us first Saturdays of each month to discuss how we will keep the momentum going in 2021 for Sewer Justice to:

We've done most of what we set out to do for 2021 already, so this meeting will be a deeper strategy discussion to determine our path for the second half of 2021. Join us, because you can make a difference for Sewer Justice. 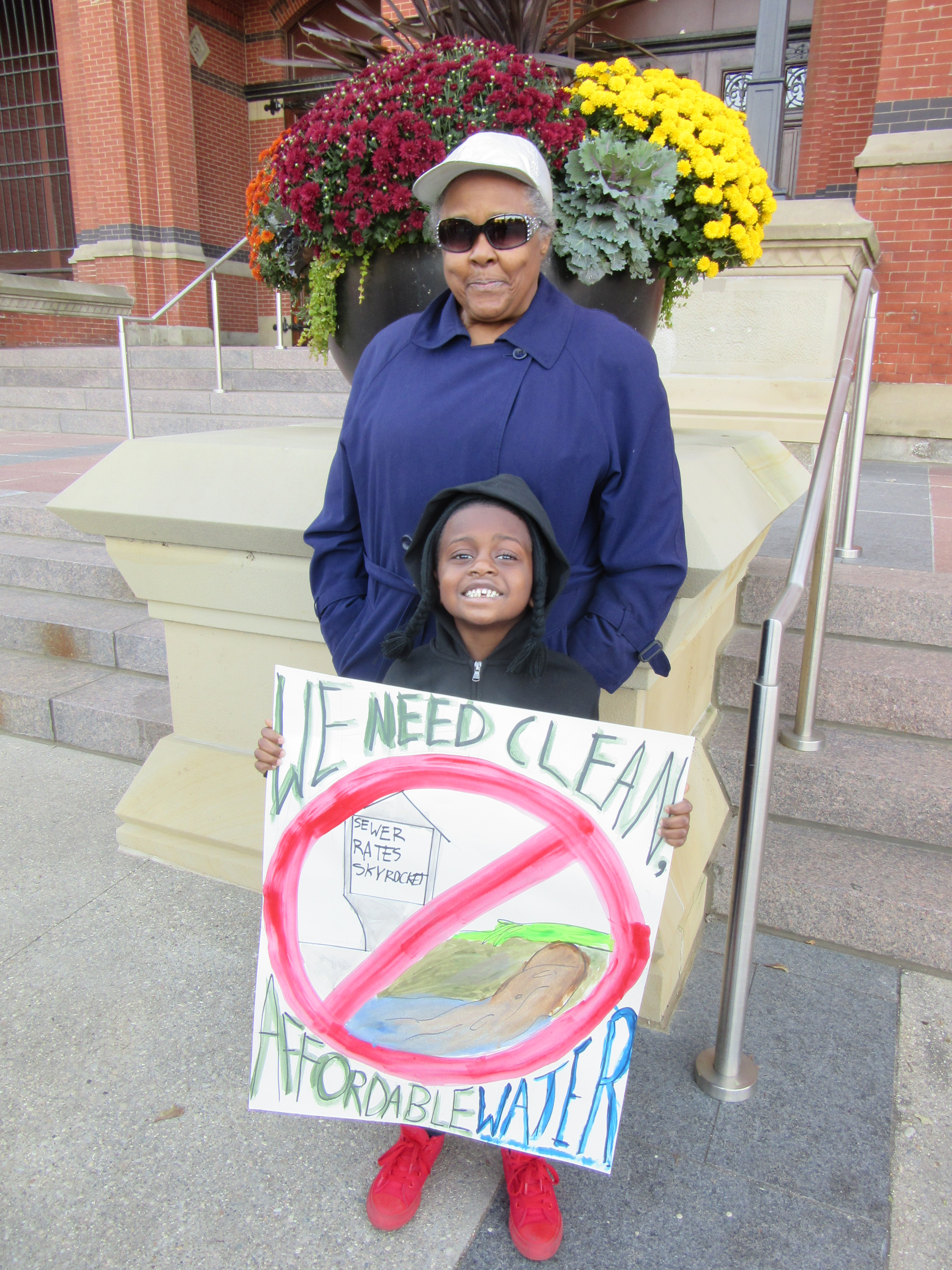 Send an email to the Hamilton County Commissioners to show your support for Fair Sewer Rates.

For organizations, churches, businesses and community groups: Endorse the demands of the Fair Sewer Rates Coalition.

Vickie Jackson: We've had enough and you're gonna fix it

Vickie Jackson, Bond Hill resident and CUFA Member said, "They [MSD] did not take ownership of [my] sewer backup. We continue to have sewer backups. We did not know about the sewer backup prevention program. They're playing off of our ignorance. It's not getting better the way things are going now. I think the only way we will get ourselves out of this is to keep working with CUFA."

"Being newly retired from the University of Cincinnati, I felt that I needed to start tracking how I was spending my money. I noticed that my water usage was small, but my sewer usage was 2 and a half, almost three times what my water bill was," said Wanda Ball, College Hill resident and CUFA Member. "It just amazed me how I could have such a high bill and there's only one person living here. At that point, that was when I decided this was something I needed to protest. What I have learned is ugly. It began to make me question the system."

Florence Miller: I want MSD to be held responsible

"Communities United For Action is a way to participating in communities that were effected by sewer backups," said Florence Miller, East Clifton resident and CUFA Member. "Three feet of sewer water in the basement and the garage is nothing you want to deal with. I want MSD to be responsible for maintaining the system and fixing the system, so these sewer backups don't happen."

CUFA Board Member Elder Donell Raglin said, "We had water in the basement not quite to your knees, but close. The sewage damaged a lot of personal items we had in the basement. It was terrible; everything was a disaster. MSD came in and said what they would do, [but] as of today, they haven't done anything. They made a lot of promises they didn't keep. CUFA, they've been like a life-saver and I would say, don't walk, run to CUFA." Elder Raglin experienced more sewer backups and has since moved.

Deb Madaris: MSD is jerking me around

In August of 2016, during heavy rains, sewage backed up in Deb Madaris' basement from overfilled sewers. "I ended up with 16 inches of water in my basement, raw sewage. Anything that was less that 16 inches off the floor was ruined, including my washer and dryer. I got involved with CUFA because I feel like I'm being jerked around by the sewer district."

Sue Bilz: I want MSD to fix the sewers

"We've had 6 to 8 [sewer] backups, four very substantial backups of several feet. They [the Metropolitan Sewer District] have come out on several occasions. They've basically told us they have no solution," said Sue Bilz, Coverdale resident and CUFA Member.