Communities United For Action is submitting the comments below on March 9, and we encourage you to sign on and share your additional comments. Fill out the form below to add your voice.

Communities United For Action (CUFA) is a diverse coalition of neighborhoods, organizations and individuals working throughout Hamilton County in Ohio.  For decades, we have helped low and moderate-income families invest in our community through homeownership.  The Community Reinvestment Act (CRA) has played a major role in increasing homeownership in our neighborhoods. CUFA opposes the proposed changes to the Community Reinvestment Act (CRA) because we think the changes would have dramatic negative effects on our neighborhoods.  The proposed changes would make it harder for our neighbors to obtain loans and would result in decreased investment in our community as a whole.  This proposal would allow banks to redline communities and withdraw services to  low-income and minority neighborhoods. And, it would make banks far less accountable to the communities they are responsible to serve.

The proposal dramatically and irresponsibly expands what activities would be eligible for CRA credit. CRA serves my community by driving resources we otherwise could not access, providing for the financial and community development needs our community identifies and prioritizes. Switching to a “non-exhaustive list” of eligible activities developed in Washington, DC, to include infrastructure, transportation and even sports stadiums, removes my community’s voice to determine our own needs.

Also, the proposed rules institute a single ratio to assess how banks serve communities. This single-ratio approach completely disregards whether the community development and financial needs of the community are being served by the bank or its investments. And as a result, the voices of the community and the organizations, like CUFA, that serve the community, will be ignored.  These are the very people who have the expertise to understand what is needed to improve the community.  We would no longer be able to identify and prioritize our needs. We would also have less ability to identify when lenders behave inappropriately in our community.

As was made clear in the previous public comment period, the single ratio is a deeply flawed concept. Please pay attention to the comments you have received and discard the single ratio.

The new rule proposes to allow banks to meet investment benchmarks in only a “significant portion” of its assessment areas in order to receive a satisfactory or outstanding rating. The rule suggests that a “significant portion” could be only at 50% or more.  At CUFA, we are concerned that this rule would encourage redlining because our neighborhoods would be ignored in lieu of investing in more affluent communities.

The OCC and FDIC, acting without the participation of the Federal Reserve, risks producing three separate sets of CRA regulations that communities and organizations would have to learn in order to leverage resources for my community. That makes everyone’s job more complicated, less transparent, and results in confusion. These changes are sounding the death knell for low and moderate-income communities. The problems of the single ratio, the overly broad definitions of CRA-eligible investments, the gutting of communities’ voices, the speedy rule-making process, the credibility gap created by the Federal Reserve’s absence, and the lack of good faith and outreach from the OCC that drove this reckless proposal make it beyond repair.

CRA was originally enacted to end redlining. It has been instrumental in keeping some of Cincinnati’s low and moderate-income neighborhoods alive until investments have been recovered.  The first goal of CRA modernization should be to prioritize the problem CRA was intended to fix. Please preserve the original intent of the CRA by discarding this proposal and starting again.

Members of Communities United For Action

Communities United for Action has a long history of organizing to create safe, stable and healthy neighborhoods. From fighting for the protections subsidized housing residents to negotiating community reinvestment money, CUFA has always been focused on improving Cincinnati’s quality of life. 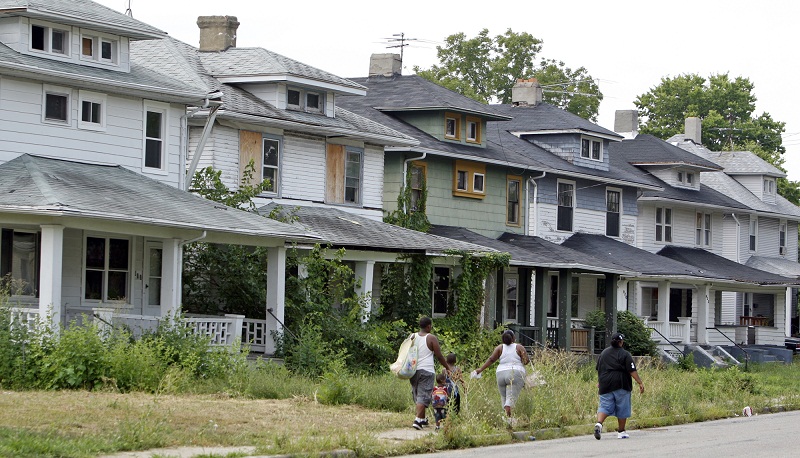 The foreclosure crisis left many Cincinnati neighborhoods with a stock of vacant housing. The majority of these homes did not sell and remained with the bank or servicer who filed the foreclosure. When concerned citizens noticed properties falling into neglect, there was no system of maintenance or accountability.

CUFA brought together neighborhood leaders and City officials to address the problem and was successful at getting the Vacant Foreclosed Residential Property Ordinance passed in Cincinnati. This ordinance has resulted in a reduction in neglected, vacant properties and has given neighborhoods a method for getting action on vacant buildings.

Join us as we to develop solutions to code enforcement, safety and disinvestment. Together, we can make a difference in fighting blight and addressing vacant housing in Cincinnati!

The Federal Deposit Insurance Corporation (FDIC) and the Office of Comptroller of Currency (OCC) are proposing to weaken the Community Reinvestment Act (CRA) standards for investment in low- and moderate-income communities.