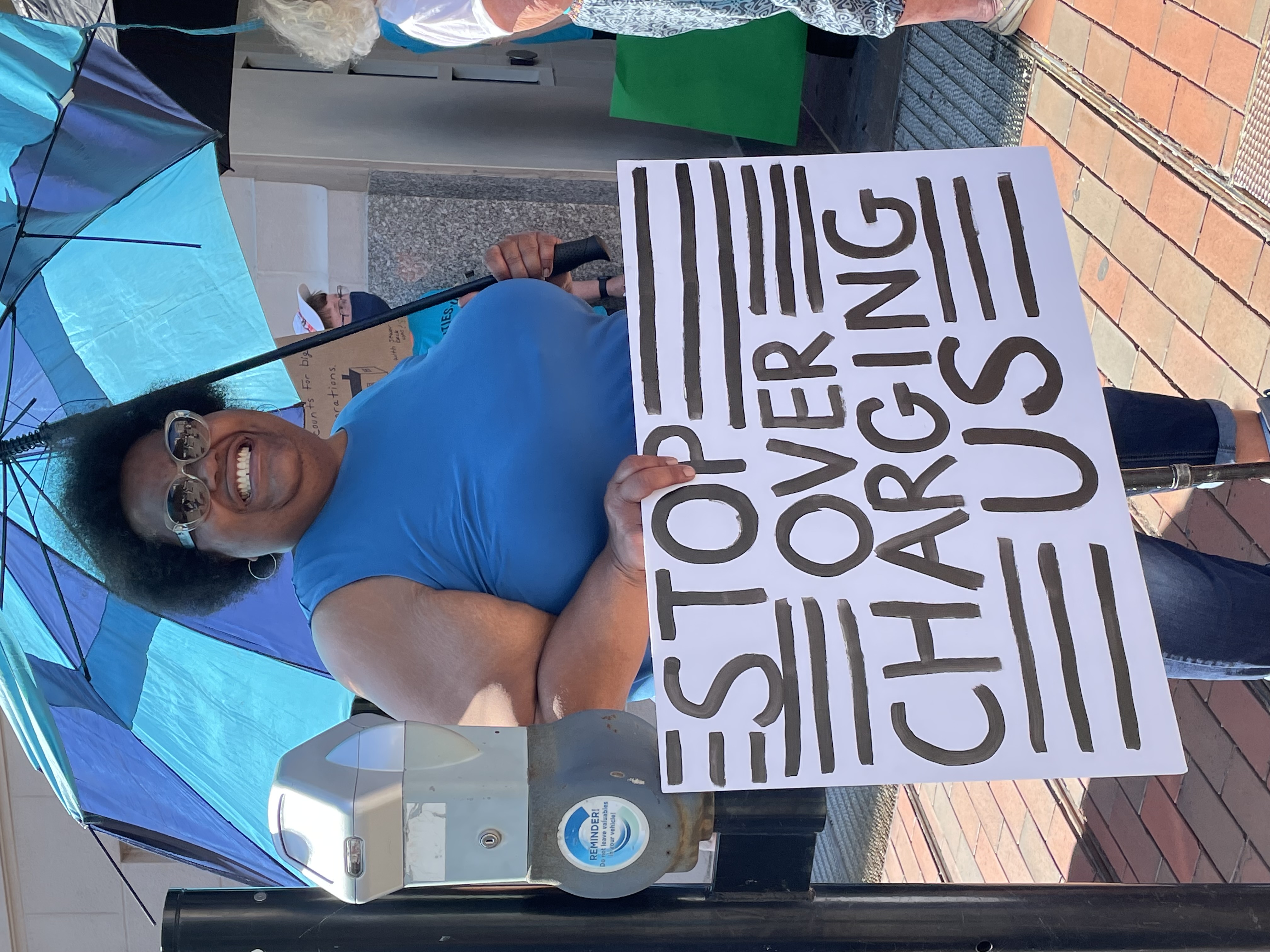 Cincinnati, Ohio – On Thursday, June 17, Communities United For Action (CUFA) and its allies announced the launch of the Fair Sewer Rates Coalition and delivered demands to the Hamilton County Commissioners calling for restructuring sewer rates.

The 40 Coalition supporters delivered toilets to the Todd B. Portune Center for County Government. CUFA member Wanda Ball said, “If a picture is worth a thousand words, then the picture we want to portray here today is that our homes and their values are going down the toilet. Our hard-earned money is going down the drain.” 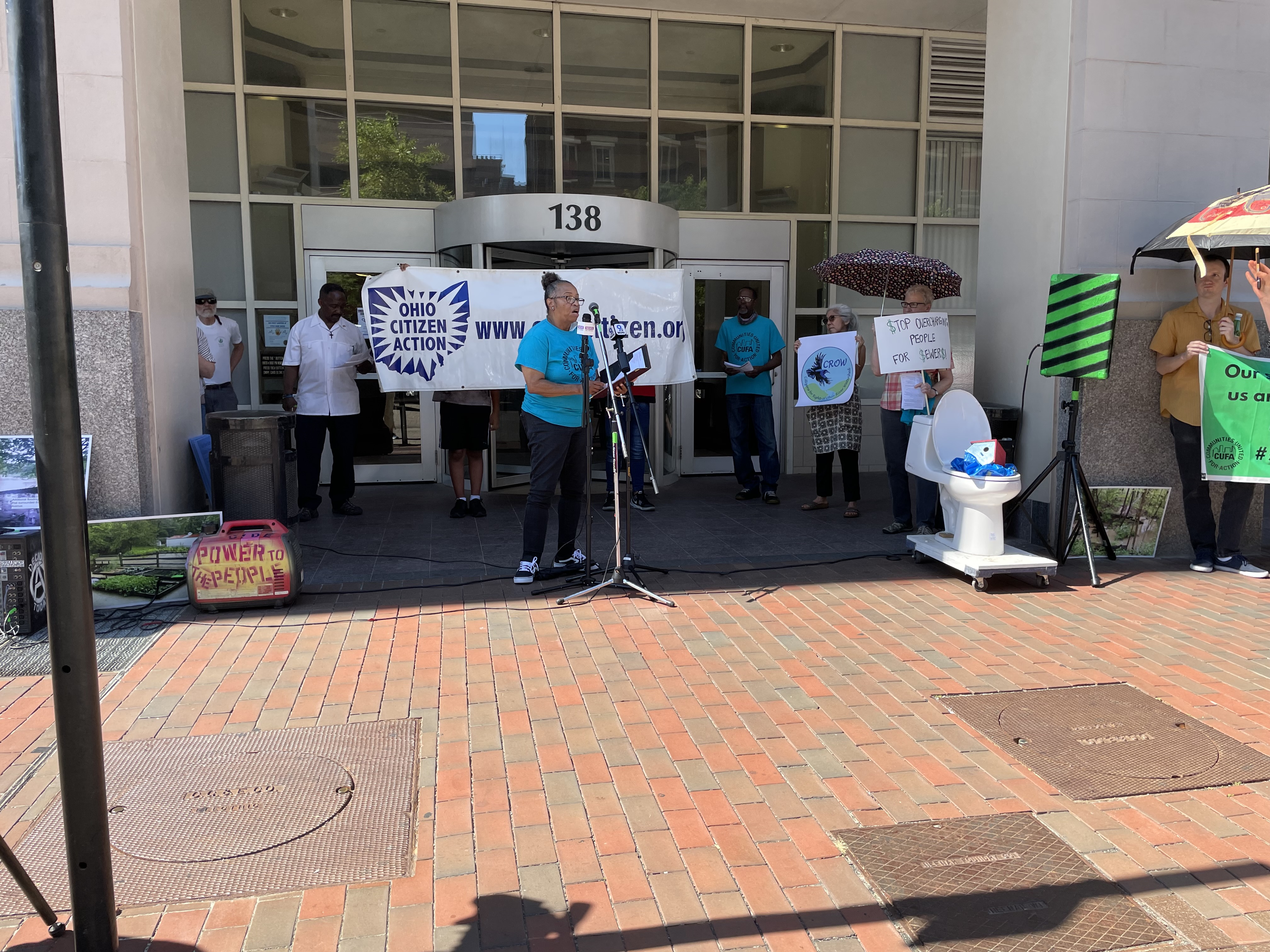 Ball, who emceed the rally, continued, “Water is a basic human need, and because of the unfair sewer rates, it has been difficult for me, at times, to pay my water. The Customer Assistance Program that was implemented by the Metropolitan Sewer District (MSD) was designed to limit who can qualify, and that’s not acceptable. I shouldn’t be told I don’t qualify for the program because I’m not dirt poor.”

The Fair Sewer Rates Coalition is calling on the County Commissioners to: 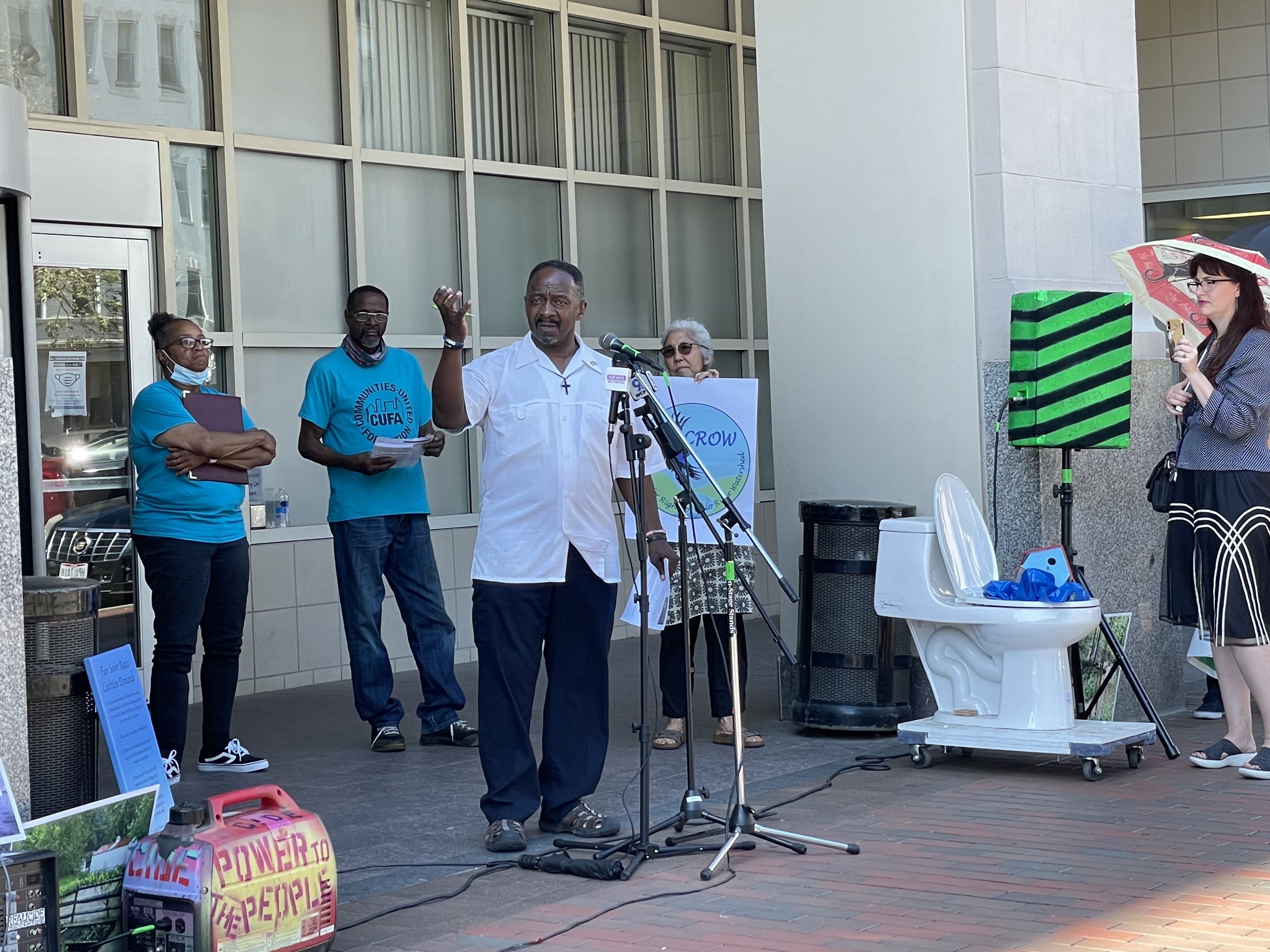 Bob Park, Member of the Sierra Club, Miami Group, said, “After 6 years of complaining about the rate structure, when most users are subsidizing the big users, we are fed up. The sewer problem in Cincinnati requires a political solution coming from the top leadership in the city and county.”

Pastor Peterson Mingo of Christ Temple Full Gospel Baptist Church said, “We need the County to stand up for us, be our champion. They promised us rate changes. We need them to change the rates now.”

The endorsing organizations for the Fair Sewer Rates are:

New organizations can endorse the demands and join the coalition here.