Cincinnati, Ohio - "Today is a great day for Sewer Justice. Ending the 24-hour rule is a solid first step toward improving the Sewer Backup Response Program. Thousands of people live in fear of the rain, and few are getting the help they need. We look forward to working with Mayor Cranley, the Cincinnati City Council and Hamilton County Commissioners to continue to implement CUFA's recommendations to get our sewers fixed effectively, in a way everyone can afford," said Florence Miller, Communities United For Action (CUFA) member and sewer backup victim.

The 24-hour rule she's referring to is the requirement for victims of sewer backup to call the Metropolitan Sewer District's (MSD) hotline within 24 hours of discovering your sewers backed up - or else you may be denied compensation for your losses. "It's a bad rule," said Council Member Greg Landsman. Today, a resolution drafted by Mayor Cranley was introduced into Landsman's Smart Government & Major Projects Committee. The committee unanimously approved it's passage. 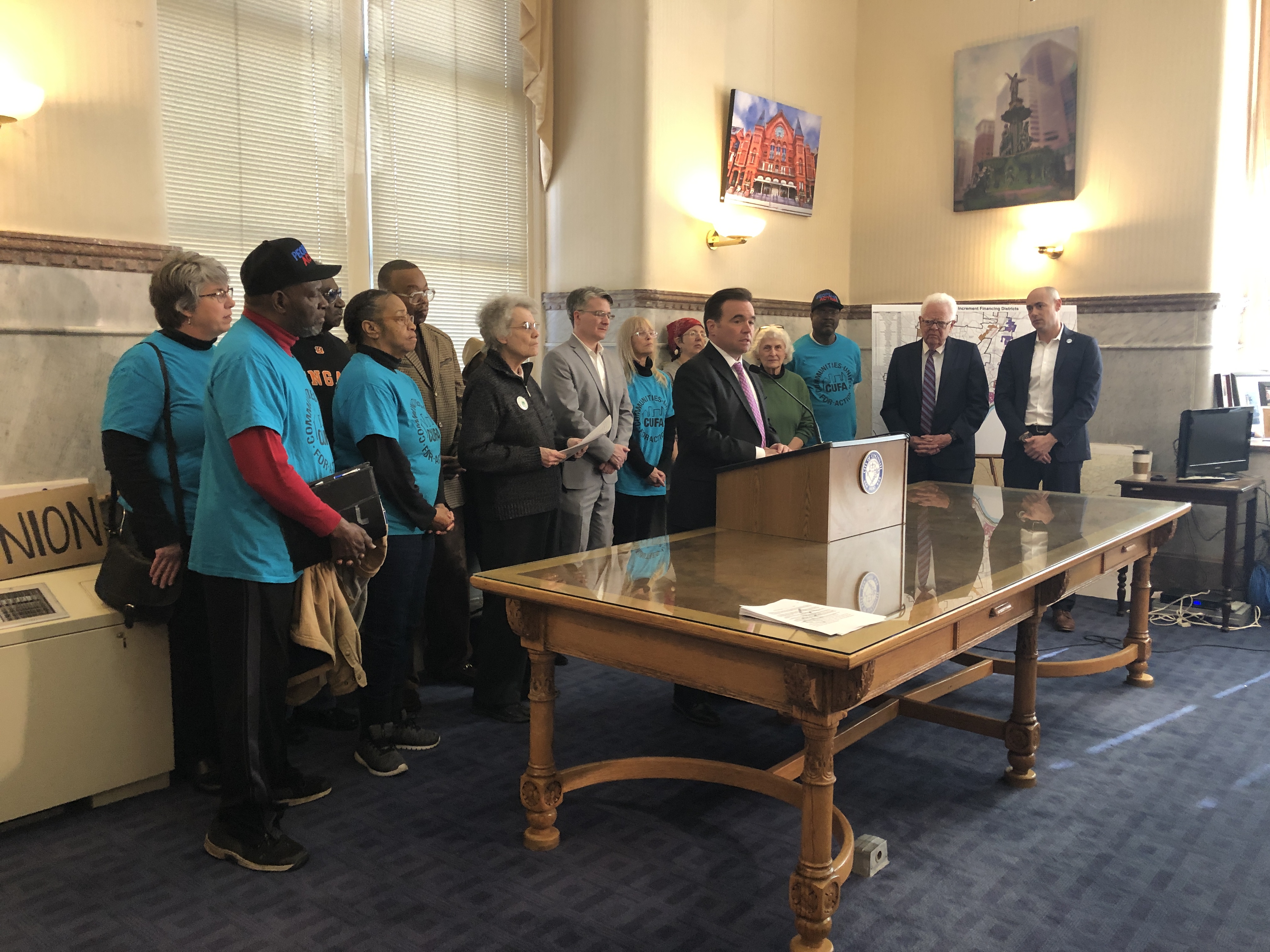 During a press conference proceeding the committee meeting, Mayor Cranley confirmed that Hamilton County Commissioners support ending the rule. MSD Director Diana Christy told CUFA that the City and County are working on legal language to remove the requirement from the Consent Decree which governs the program.

Robin Harrison testified to the committee,"I've had multiple sewer backups, and I've had to fight the whole way. I'm getting sick in my home. Getting rid of the 24-hour rule is only a first step. Don't leave people like me in homes that make us sick."