Matthew Tejada, Director of the USEPA Office of Environmental Justice; Kathy Triantafillou, Environmental Justice Coordinator for US EPA Region 5; and Joseph Theis, Associate Director of the Water Enforcement Division, Office of Enforcement and Compliance Assurance were in attendance. The US EPA is a plaintiff in the Consent Decree, a legal agreement between regulators and the City and County to bring our sewer system into compliance with the federal water protection laws. 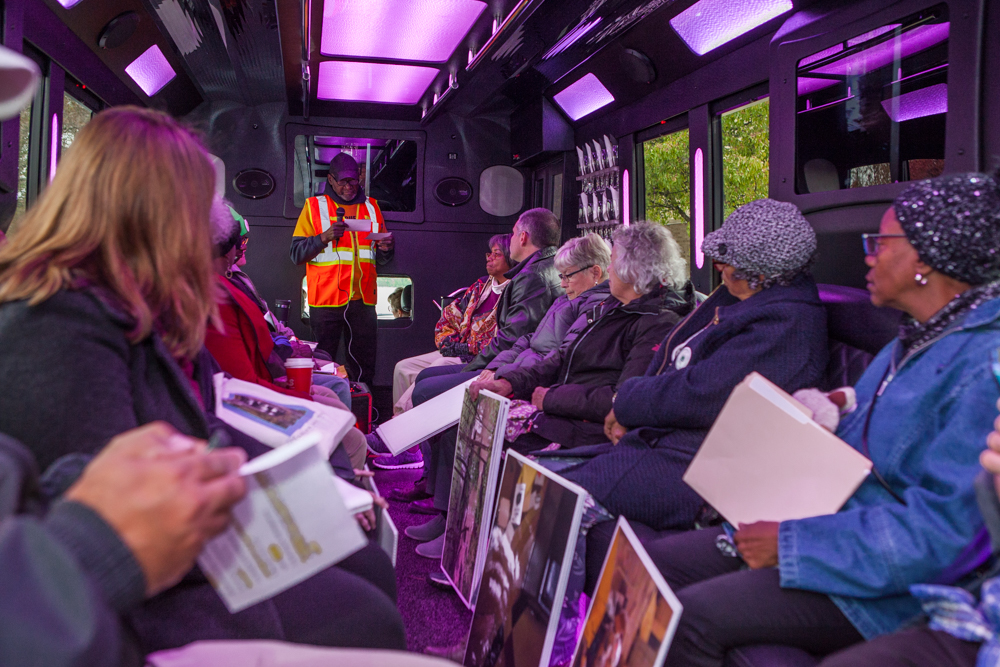 Before the meeting, CUFA took the US EPA officials on a tour to meet residents being adversely impacted by current projects meant to fix our sewers and by ongoing issues with sewer backups and overflows. US EPA officials also heard testimony from backup and overflow victims at the public hearing. 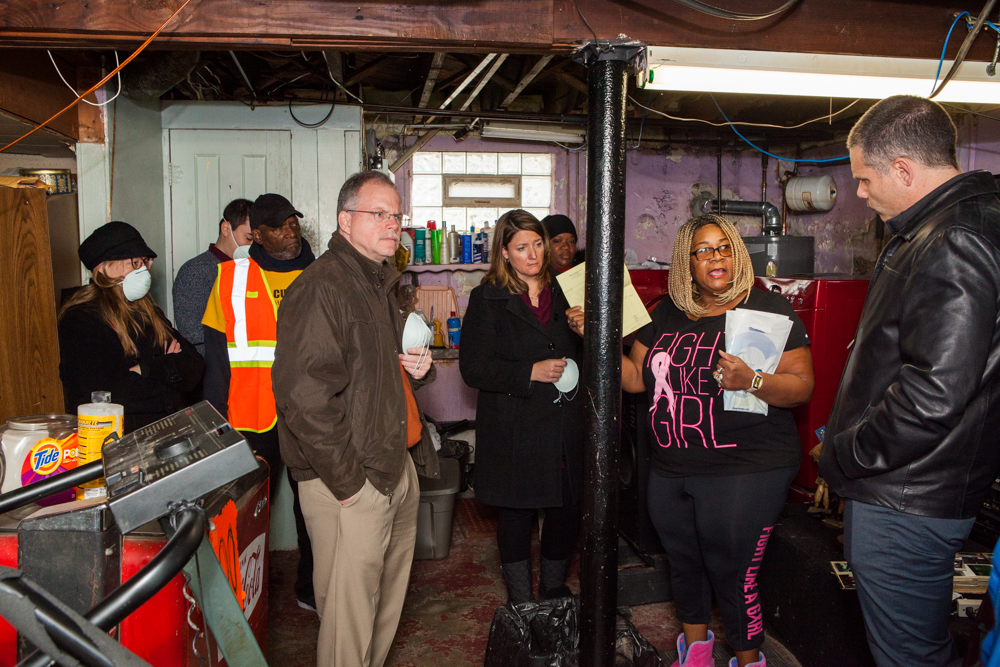 Steve Baker, Bond Hill resident testified, “What about the less affluent areas in our city? We all deserve the same treatment. I once loved to see and hear the rain, but now I dislike heavy rainfall. We deserve that our sewer problems be resolved. My neighborhood is being left behind and we want justice.”

Muddy Creek resident Robert Buckner says his neighborhood has been waiting for nearly four years for MSD to buy his property as required by the Consent Decree when MSD cannot prevent or fix sewer backups. “MSD does have a plan to buy us out, but that plan could take another two or three years. We want them to buy us out now. We want to US EPA to enforce the Consent Decree.” Buckner and his family have suffered health issues from multiple sewer backups as well as extensive damage to their home. 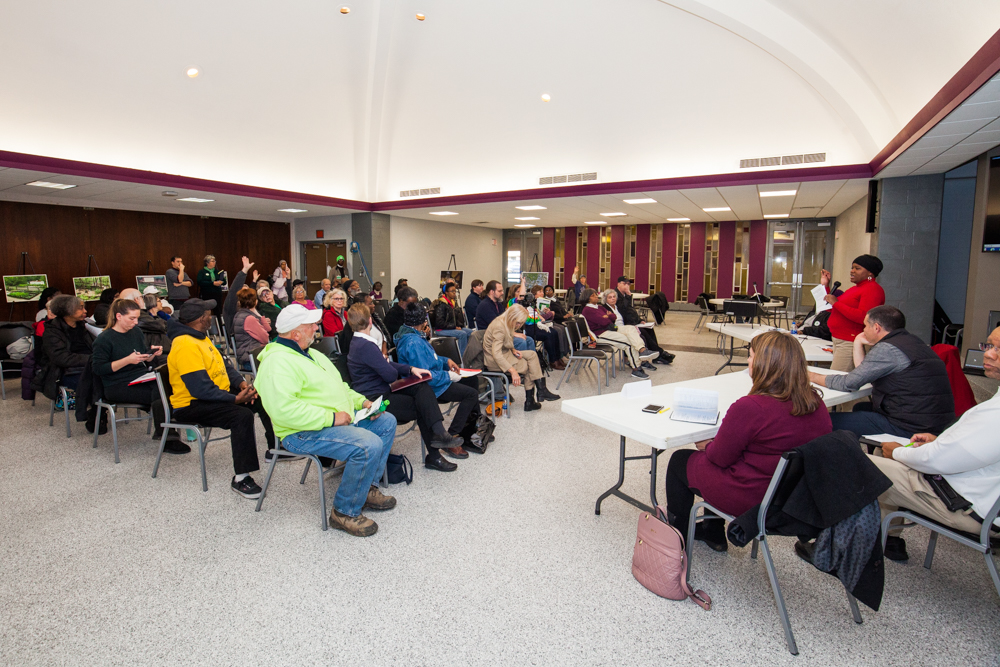 Several other attendees complained that MSD denied help for damage from sewer backups and CUFA displayed pictures from damaged homes throughout the meeting.

CUFA asked the US EPA to:

1) Conduct an analysis of whether the neighborhoods hardest hit by sewer backups and overflows are the first to be fixed, as required under the Consent Decree;

2) Modify the US EPA imposed plan to ensure hardest hit neighborhoods are being fixed first; and 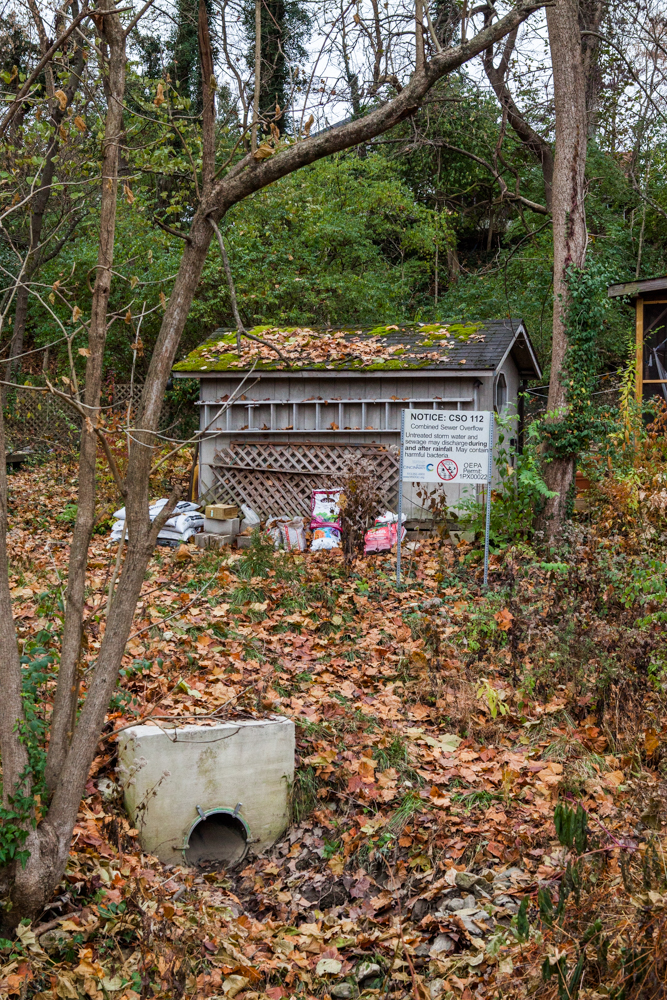 Tejada said, responding to CUFA’s request for analysis of whether the hardest hit neighborhoods are getting fixed first said, “The first thing we’ll do is to get somebody to come in and talk to you to explain what exactly is in the Consent Decree. What we can do, once we get the base information from the folks that know is, […] we could hire a specialist to come in and work with you all to kind of typify your areas of concern, cross reference that with what’s in the Consent Decree now and what maybe should be.”

US EPA officials agreed in the public meeting to make recommendations to the City of Cincinnati and Hamilton County to modify sewer fixes to include the areas hardest hit by sewer backups and overflows. They also agreed to determine what authority they have according to the Consent Decree to enforce the Sewer Backup Response and Prevention programs.

Update: CUFA followed up with the US EPA officials on their agreements in this Nov. 19, 2019 letter.