Cincinnati, Ohio – Yesterday, Communities United For Action (CUFA) called for comprehensive sewer reform at an MSD Town Hall with 60 attendees. CUFA released its People’s Sewer Justice Platform to address the public health impact of the 11.5 billion gallons of untreated sewage and storm water that the Metropolitan Sewer District of Greater Cincinnati (MSD) releases into yards and waterways each year.

“Communities United For Action is releasing the People’s Sewer Justice Platform to provide solutions to public officials and administrators for some of the issues our communities are facing with our county-wide water and sewer system. The solutions require transparency, accountability, fiscal oversight and service to ratepayers,” said CUFA Board Member Erica Johnson. 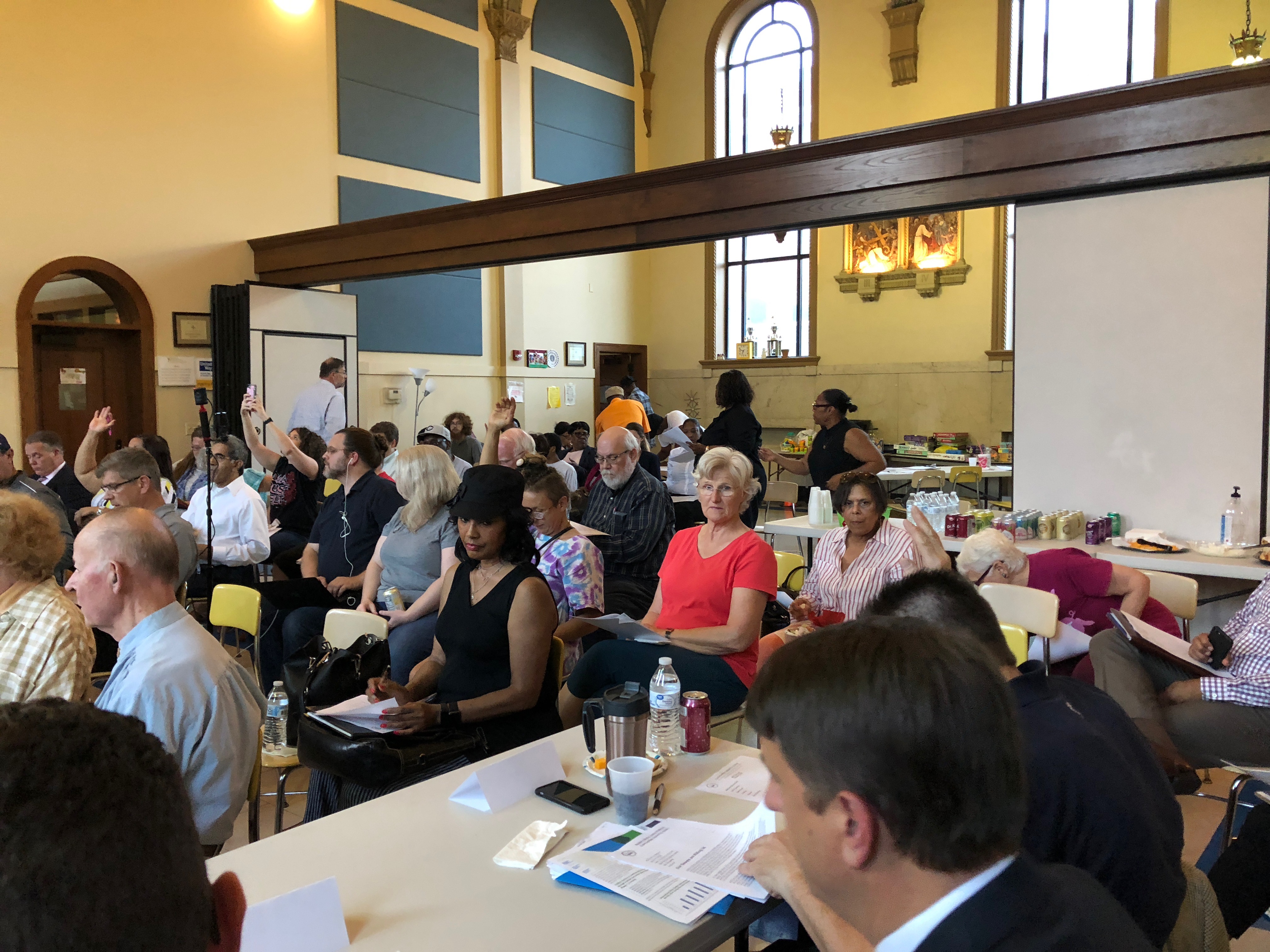 Since 2000, MSD’s sewer rates have increased 234%, leaving thousands of people in Hamilton County without access to water because they can’t afford to keep pay their bills. In 2017, 8,316 households had their water shutoff due to non-payment. Hamilton County Commissioners committed to CUFA to implement a Customer Assistance Program (CAP) in January of 2019, but the Commissioners say that a state law must be changed to include low income residents in a CAP.  For this reason,  the Commissioners are offering a program that will be limited to residents 65 years and older.

Frustrated by delay for customer assistance, CUFA called on the City of Cincinnati to immediately issue a moratorium on water shutoffs for people who would qualify for such a program and for County Commissioners to keep their commitment to freeze sewer rates until a comprehensive CAP is in place.

Commissioner Portune said that he supports a moratorium on water shutoffs, but that the city has to initiate it. City Council members in attendance and Interim MSD Director Diana Christy did not commit to a moratorium.

CUFA Board Member Robin Harrison raised issues with MSD’s Sewer Backup Response Program, questioning whether the program is being administered in compliance with federal court mandates for the program.

Harrison said, “The recommendations we made for the Sewer Backup Program were not adequately addressed. I wasn’t aware of the Sewer Backup Program until I met up with CUFA, and I’ve been dealing with this issue for more than a decade. Now I can’t even live in my home. We should have notifications in our regular bills that the program exists, and MSD needs to improve their track record on helping victims.”

CUFA continues to seek resolutions to these issues to stop dangerous sewer overflows and to make the sewer system in Hamilton County affordable to all ratepayers.